We were happy to visit before the flock had migrated there for the summer, however. On a gray, drizzly, nippy Saturday, we shared Blarney Castle with just half a dozen of our new best friends: the brave and the few. 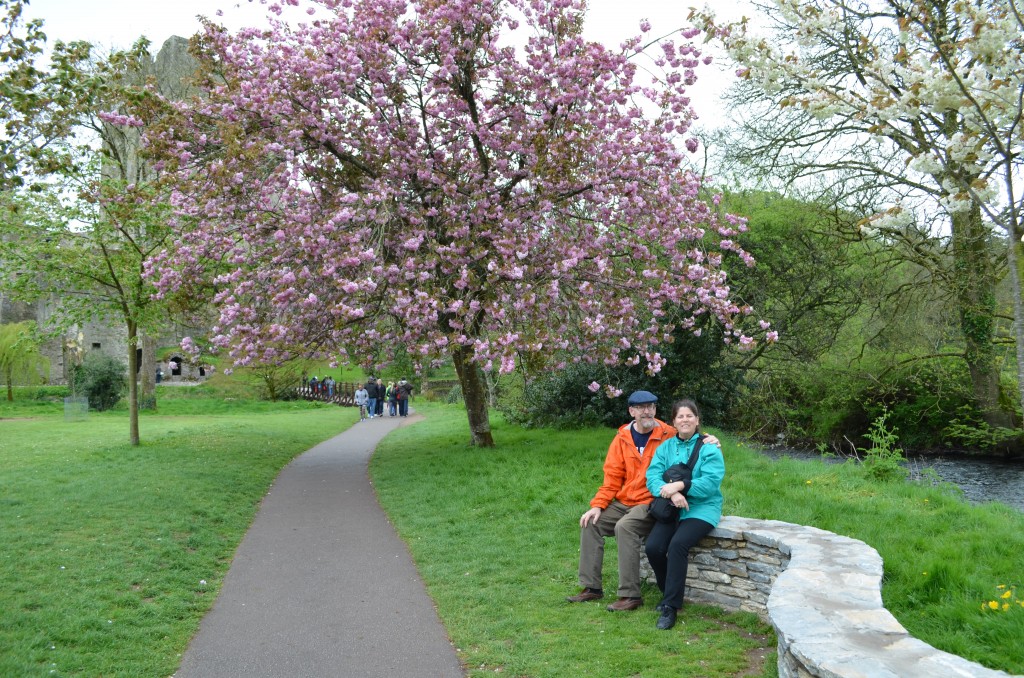 The castle grounds rival the site itself for magnificence. 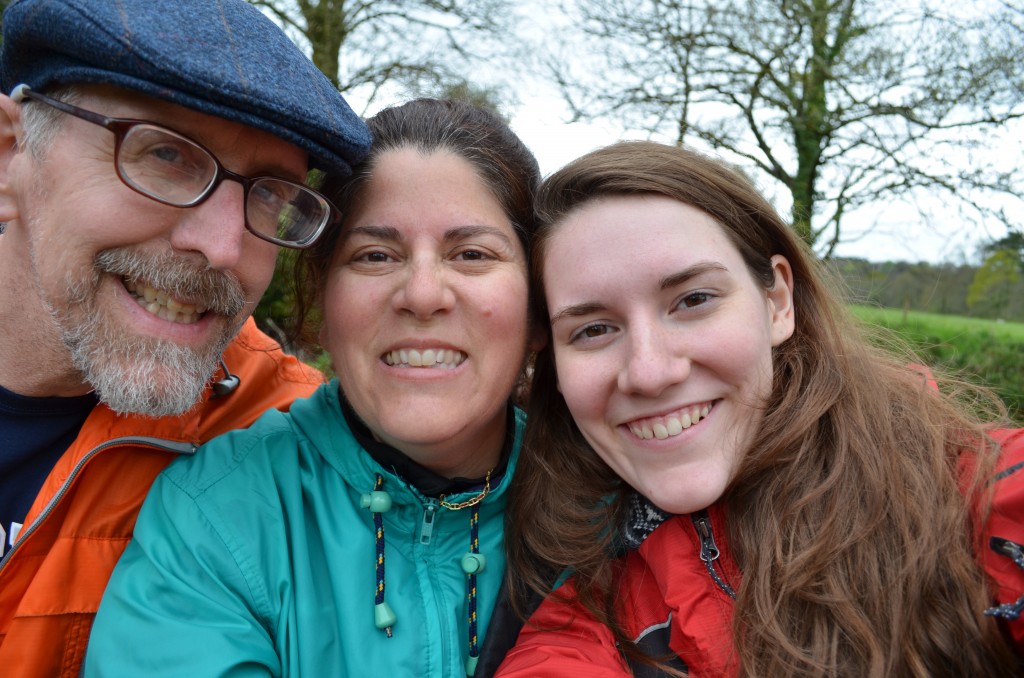 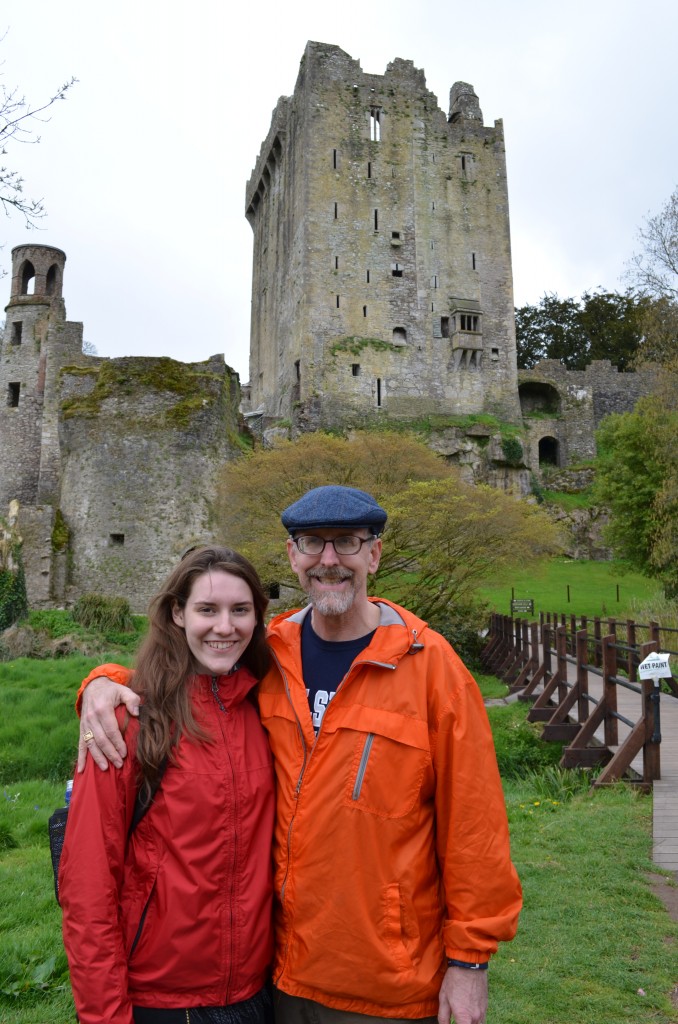 Then you see the castle itself, and you remember it acted as a fortress. 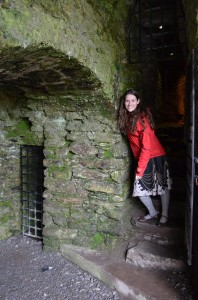 Before the main castle, signs warn off “all but the most intrepid travelers” from entering a labyrinth of low-ceilinged passages: another element of the castle’s defense structure.

Doubled over, I still banged my head en route to the tunnel’s end: a rounded cave covered in white chalk graffiti.

Not the most impressive decor, but really the castle was everything you could hope a medieval castle would be: imposing, dense, and detailed, with a warren of twisty corridors to explore.

To kiss the fabled Blarney Stone, you must ascend a twisted spiral staircase up four stories of solid stone. For once, I enjoyed the wit of the signs directing visitors along their way–but, then, it probably helped that most signs devoted space to the likes of Bernard Shaw, who excused himself from kissing the stone because, “Eloquence I have enough and an overabundance.”

Trusting to a bored attendant and two bars of iron, we bent over backwards to smooch the rock. If you find this post particularly impressive, you know why. 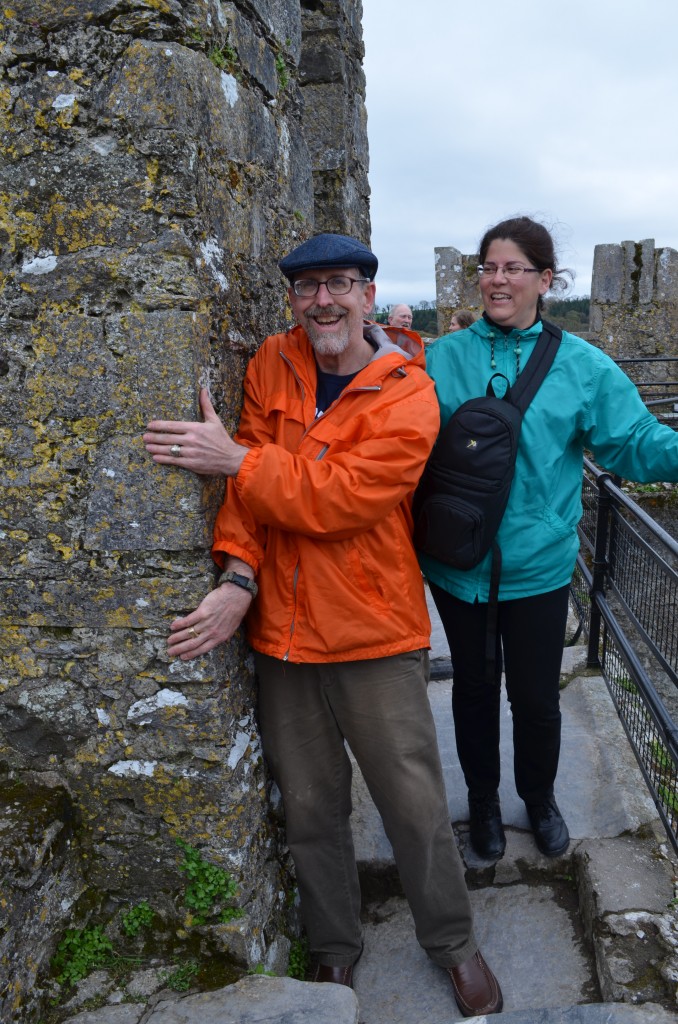 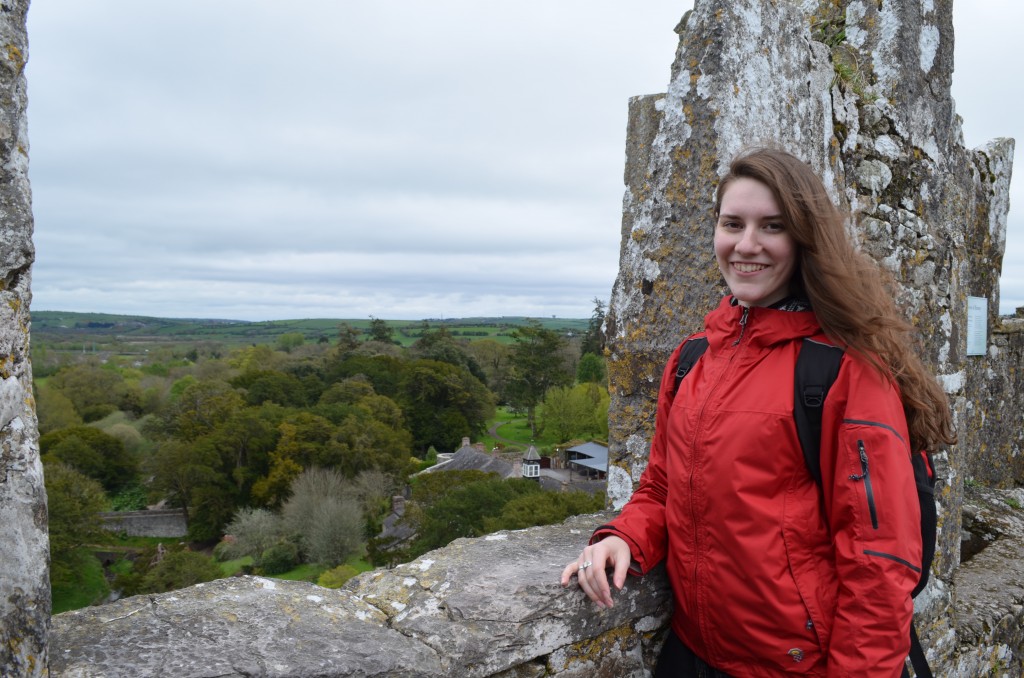 –or maybe it’s the stunning view?

Safely returned to the ground, we ventured our health once more to visit a plot modeled after medieval Physic Gardens: a grove of hellebore, mandrake, monkshood, and the like. 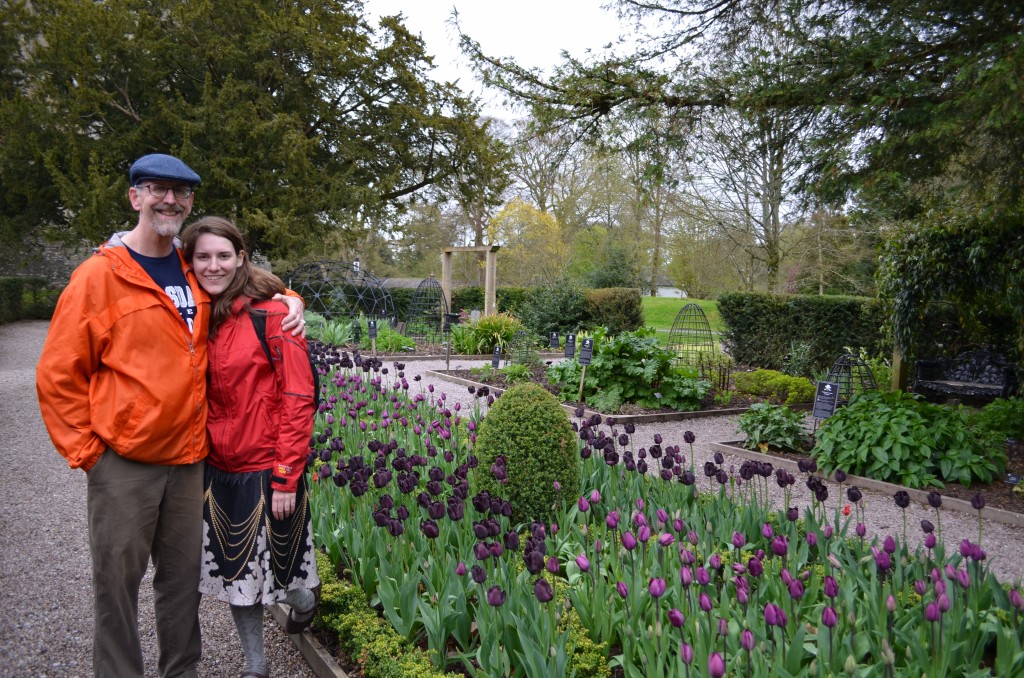 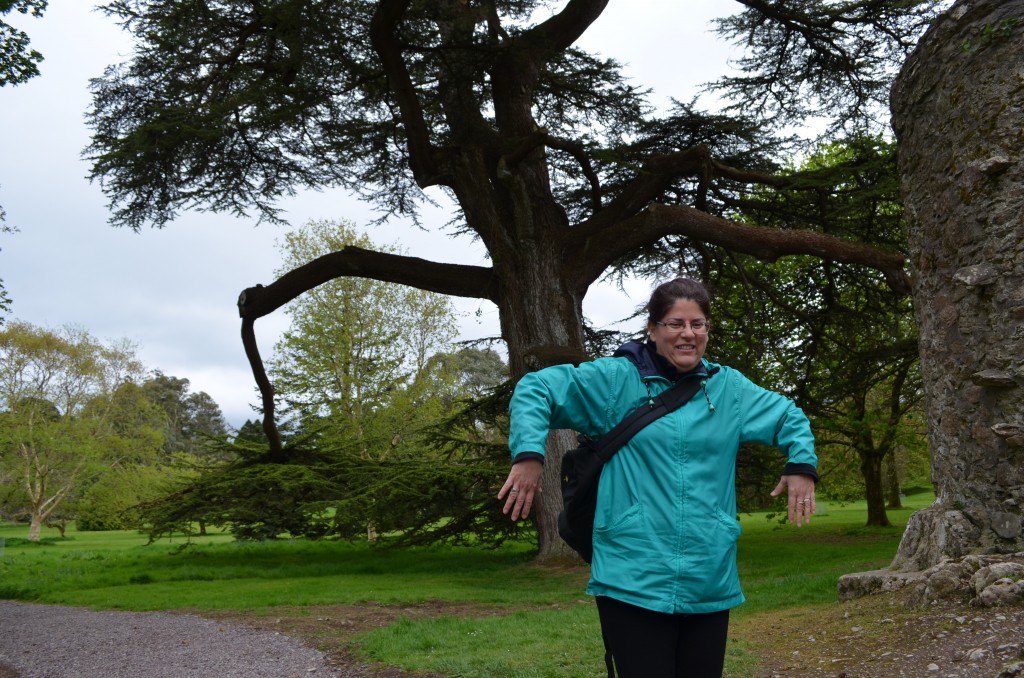