“When I pull this string, you will lose a finger. Are you ready?”

The carpet salesman looped a strand of silk around my index finger. He had graciously selected my left hand. I looked into his eyes and nodded.

Black belts are brave, too, I thought as I nodded again, grinning back at him.

He yanked, and the thread snapped. The finger retained its acquaintance with my hand, prompting a sigh of laughter and relief from my classmates. The salesman waved at his audience. “That was a joke. Now, here, we have the real thing: silk spun into thread! This really would cut off your finger. But if you can break it,” he challenged me, “I will give you a free carpet.”

I wound the cord of black around my hands and yanked, without much hope of success. It held. He smiled, reclaiming the silk.

“Once,” the salesman recalled, “a man asked to try it. He was small, skinny… I thought, sure, this is the best volunteer possible. I turned around to tell his friends I would give him a free carpet–and I heard a snap!”

The carpet store, which he called “our house,” employs women to hand-weave silk, cotton, and wool from their hometowns into hundreds of patterned rugs. “Others use single-knot to weave fast,” we learned, “but we use double-knot for strong.” They treated us to a lengthy display of their wares, including a lesson on weaving technique and complimentary apple tea and pita bread. At the height of the performance, four men tossed multi-colored rugs open at our feet. They began with simple woolen geometric patterns and escalated to silk weave so fine, it could have masqueraded as an oil painting. The most basic of these rugs cost hundreds of U.S. dollars. 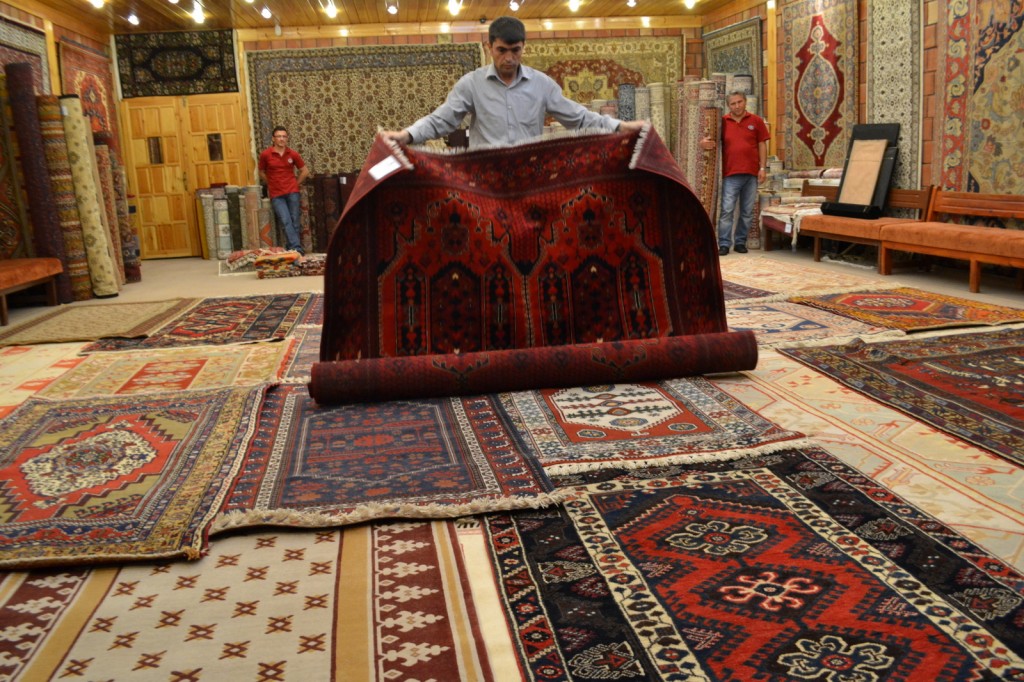 “I did not say what size of rug I would give him for free,” the salesman cautioned us, “but it was okay. He said he did not want. ‘Thank you, sir, but, tell me,’ I said, ‘how did you do it?’

“‘When your back was turned,’ he explained, ‘I loop a knot in the silk like this. Then I tugged and–snap!

“You see,” he beamed at us all, “the only thing sharp enough to cut the silk was more silk!” 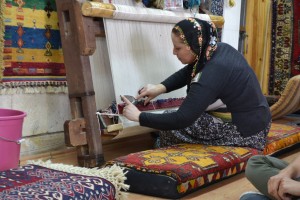 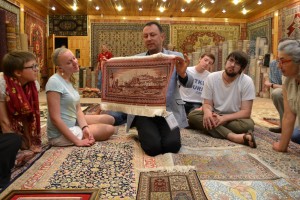 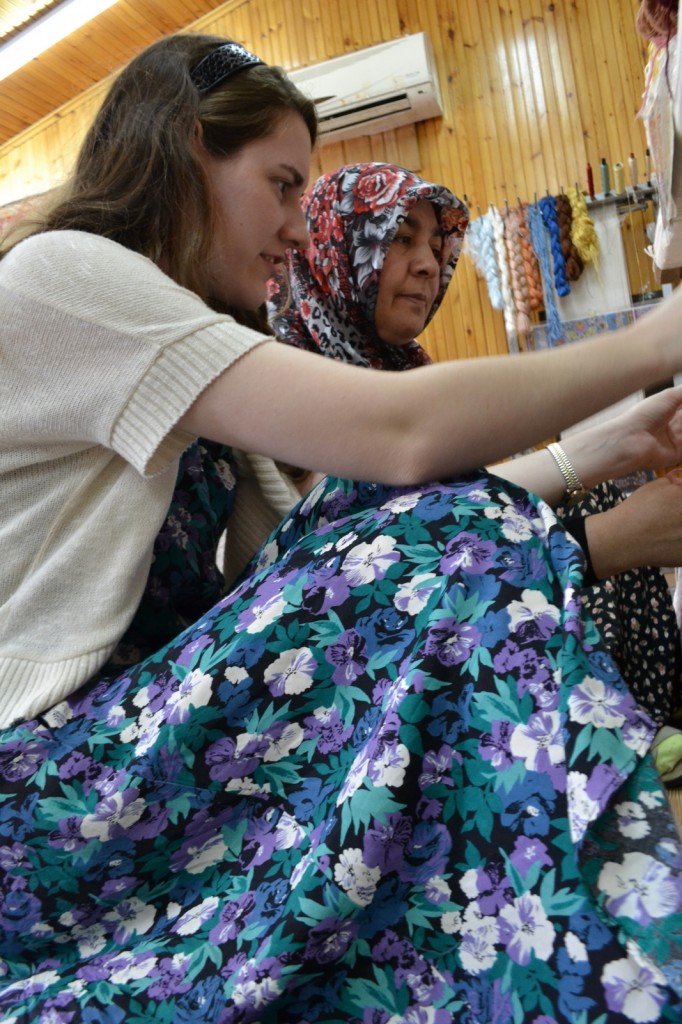