Note: Right now, I am battling food poisoning, otherwise known as “the Jungle Diet” (guaranteed to drop pounds!).  Beka has cared for me in every way possible, and I hope to recover soon.

Ezra and Joe acted as both tour guides and Spanish dictionaries for us on our way to the river.  “How do you say…” and “I wouldn’t stand in the jungle grass if I were you.” 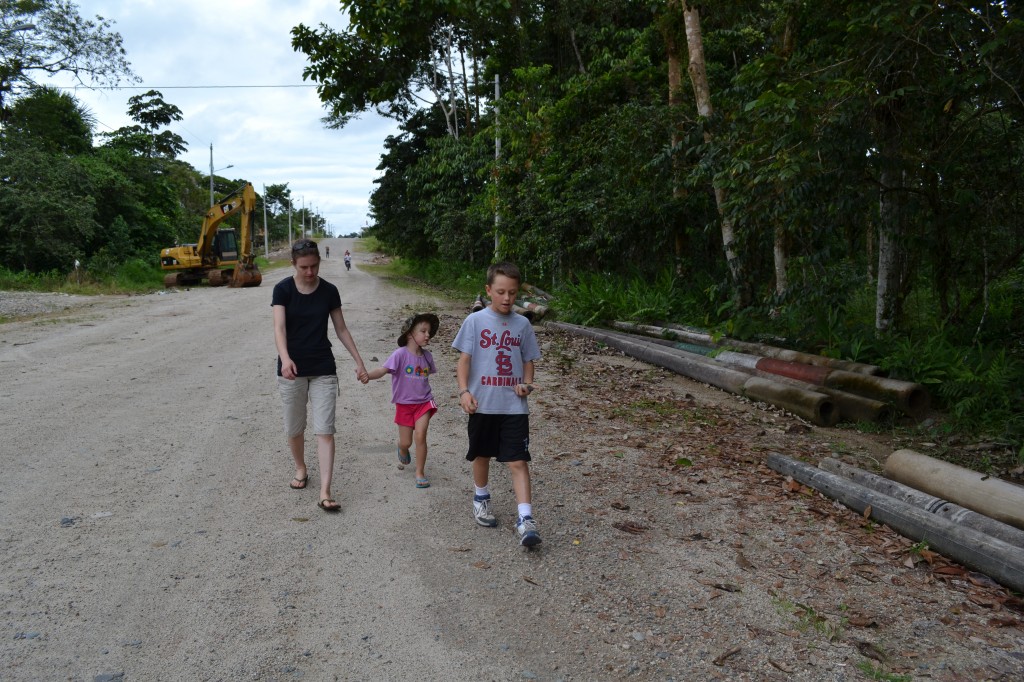 Coolness clings to Ecuadorean mornings until at least 10 am, so we hiked unhindered by fear of sunburn.  (I confess that I do, in fact, fear sunburns.  They pain me in more ways than one.  For this trip, I packed only a 5oz container of sunblock.  When I attempted to stock up, the drugstore offered me a similar amount for $15.  That cost more than our hotel room; I wasn’t biting.  I’ve learned to conserve the lotion.) 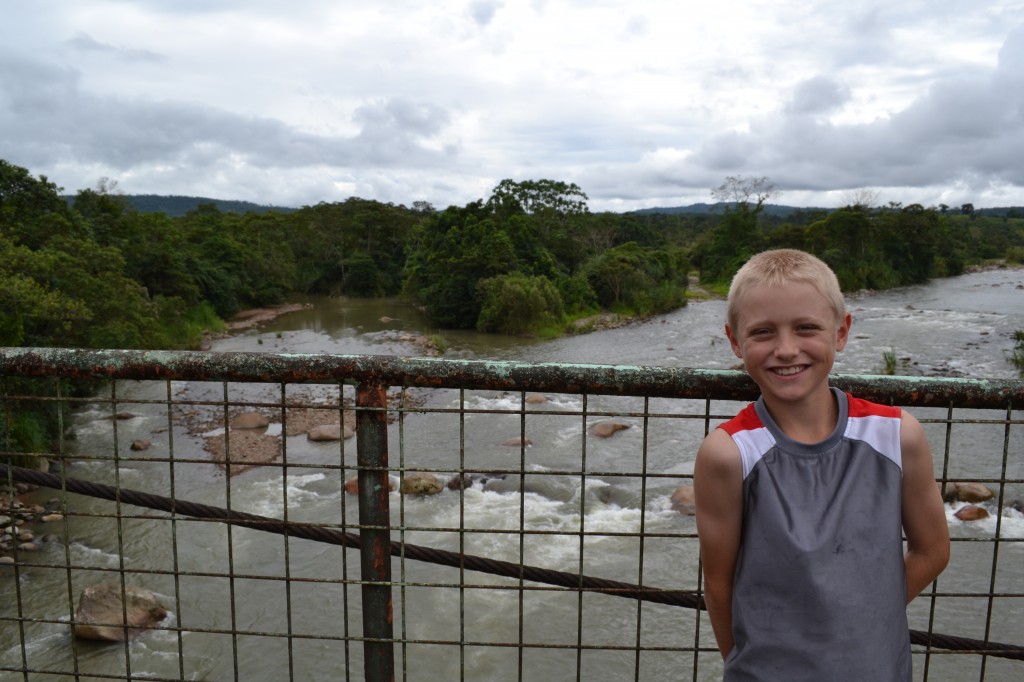 Joe led the way onto the steel bridge that spanned the river, with all the confidence of a duck’s guiding her ducklings into their first swim. 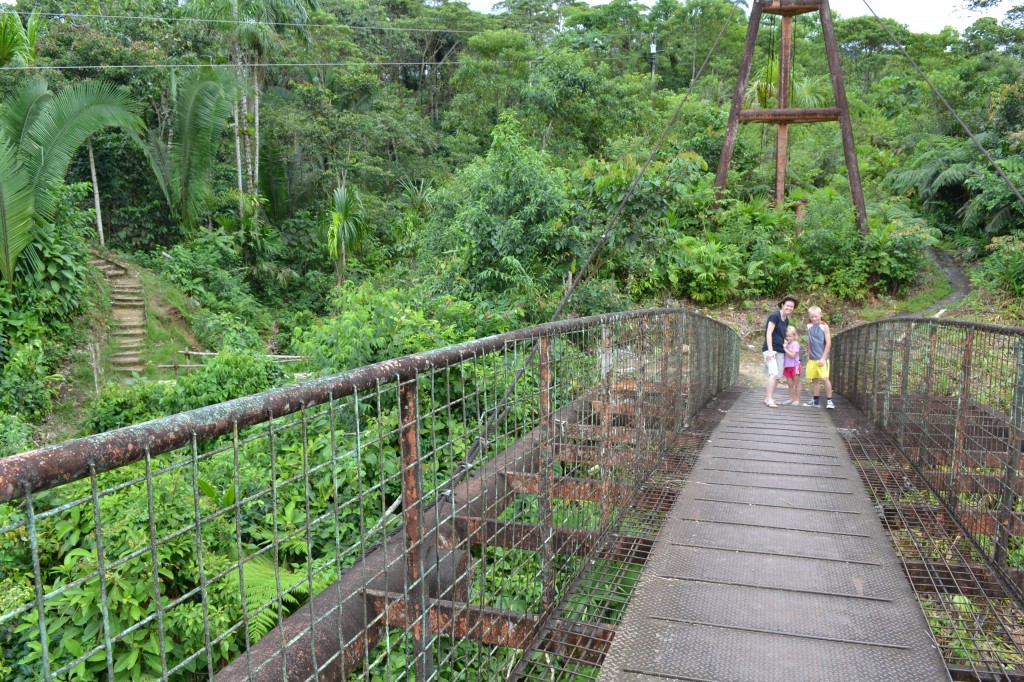 Heights unnerve me, and this bridge surpassed the the stature of anything I’ve attempted on foot.  The walkway holds steady, but water rushes below, and Ezra shouts, “Don’t worry, you’ll probably die if you fall!”  Joe’s patience with us and unconcern with the drop helped me across in the end. 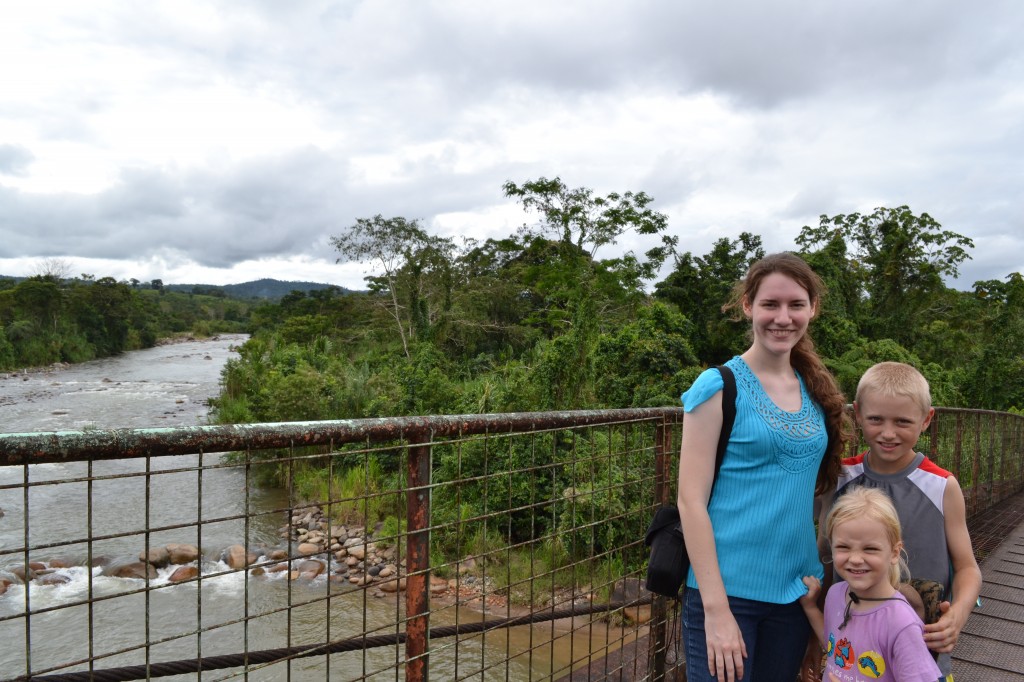 Meanwhile, Ezra and one of the family pets, Chelsea, entertained themselves below. 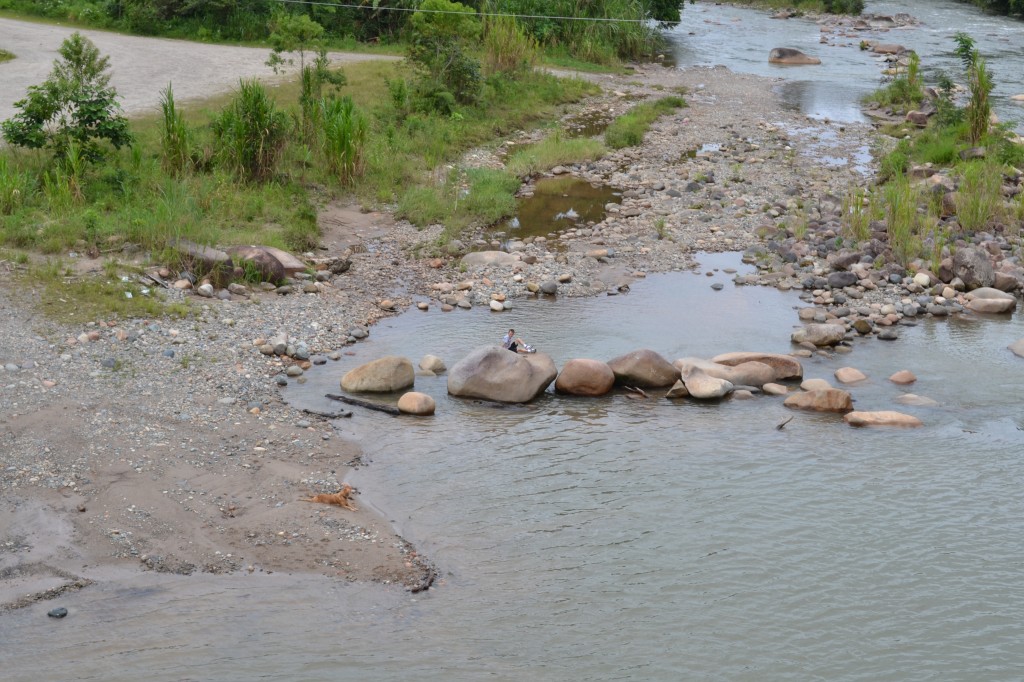 Can you spot the boy and his dog?

Rachel, Joe, Evie, and I joined them shortly thereafter.  The boys then challenged us to a favorite pastime: hurl rocks the breadth of the river.

Recall that much of the family’s mission work centers on coaching baseball.  Both of the boys play pitcher and catcher. Their rocks arced to splash against the opposite shore.

Joe and Ezra had instructed Rachel and me in the art of throwing a baseball, but I doubted I would manage much. 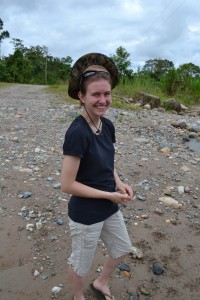 In our search for suitable projectiles, Rachel uncovered a quartz rock: chipped, foggy-white, palm-sized.  Later that afternoon, we were wondering whether customs would object to our flying it home when Evie solved that problem by pitching it into the backyard.  So much for souvenirs. 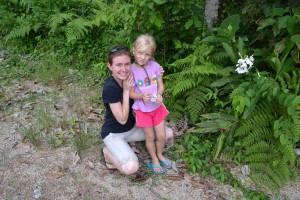 Ezra urged us home, citing the gathering clouds.  I dragged myself away from the river, hoping to return.  Evie in hand and Chelsea faithfully alongside us, we trotted down the street after Joe and Ezra, racing the the threat of a storm and the arrival of five new guests.