The morning of our second day in Ireland dawns; I open my eyes to white and light. It’s hard for a Bed&Breakfast to live up to a website that looks like this, but the White Cottages have not failed to impress so far! My parents and I are staying in Skerries, an idyllic coastal town separated by a 40 minute train ride from Dublin. When we arrived at the station with nothing more than an address and our aching feet, a tax driver offered us a ride to the cottages. Since he had come to the station to pick up his daughter, he refused to accept any fare. This vignette reflects how the Irish folk have treated us since our arrival. 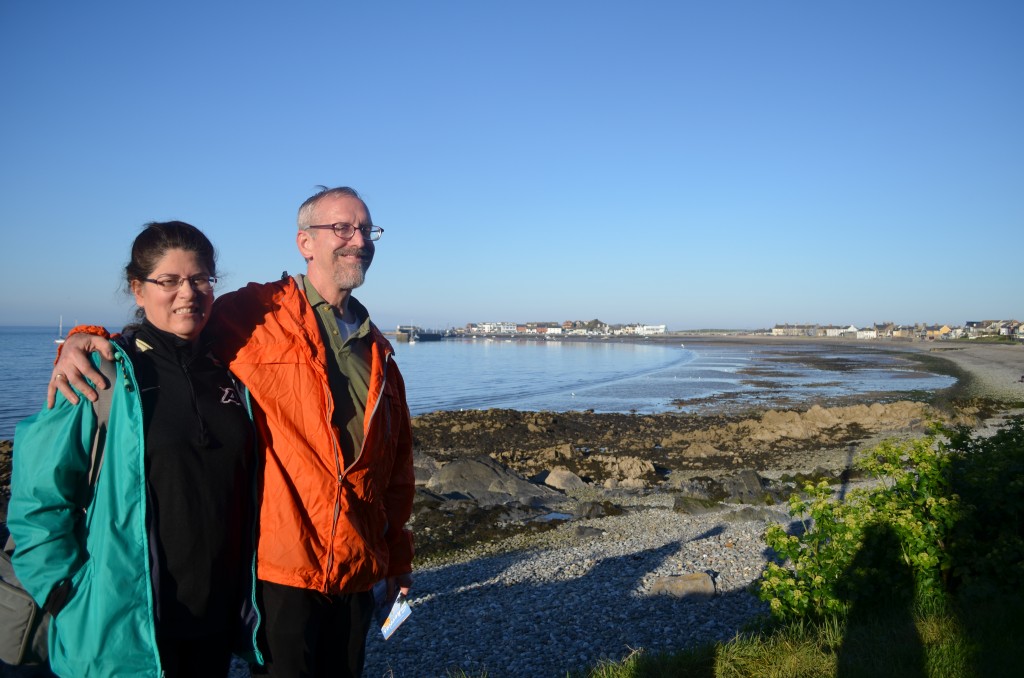 Last night our host, Joe, recommended the seafood pub and restaurant Stoop Your Head for dinner. See the collection of buildings on the peninsula in the background? We strolled there along the beach to find the place. Their chowder outranked every seafood soup I have ever enjoyed; the local prawns tasted like tiny lobsters; even the beer impressed me. (My father knows enough about beer to order Heineken on draft, and we could hardly neglect Guinness while visiting Dublin.) I tried Pavolva for the first time: an airy-fairy dessert of berries and cream with a meringue crust. 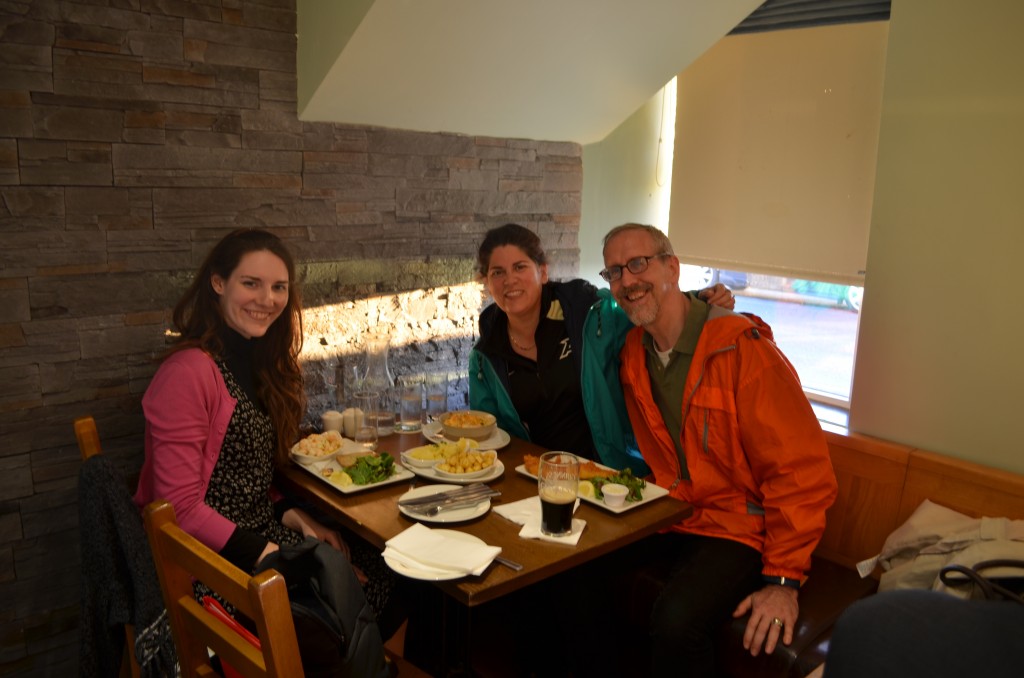 Skerries relieved us after a jetlagged hike through Dublin. I thought it was a great idea to book a 10pm nonstop flight to Ireland, and it probably was, but it cost us a full night of sleep.  (At least, it cost me a full night, since I was indulging in movies like The Good Lie instead of attempting shut-eye.) We peeled ourselves out of the plane after six hours and collapsed in an airport lobby, from which we dispatched a rotation of runners to consult Information, purchase train passes, etc. 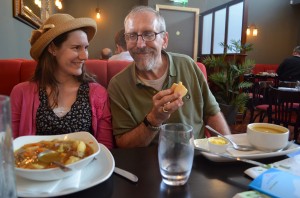 This trip we are adopting the tactic of getting lost by degrees: At every junction, we ask directions, go as far as we can before confusion sets in, then ask for more directions. So we made it from the airport to the correct bus stop on the strength of two bus driver’s assistance. Once on the bus into the city center, the Lord blessed us with a friendly local who directed us to Flannegan’s for an Irish lunch. So far the cuisine has dispelled ideas that you must eat to live in Ireland.