As Long As the Sun: En Route to South Africa

Less than twenty-four hours after our staging event (first day of training), and life as a Peace Corps trainee is already an adventure.  We arose at o’dark thirty this morning for a bus departure time of 2:30am. Would you believe that it is more cost efficient to host us in Philadelphia and shuttle us to JFK than renting hotel and conference rooms in the Big Apple?

Some of us didn’t bother trying to sleep last night–and some of them shut their eyes for three hours the night before while flying to Philadelphia.  The bus ride to New York City might have been killer, but I’m thankful that staging took place close enough for my family to drive me there. 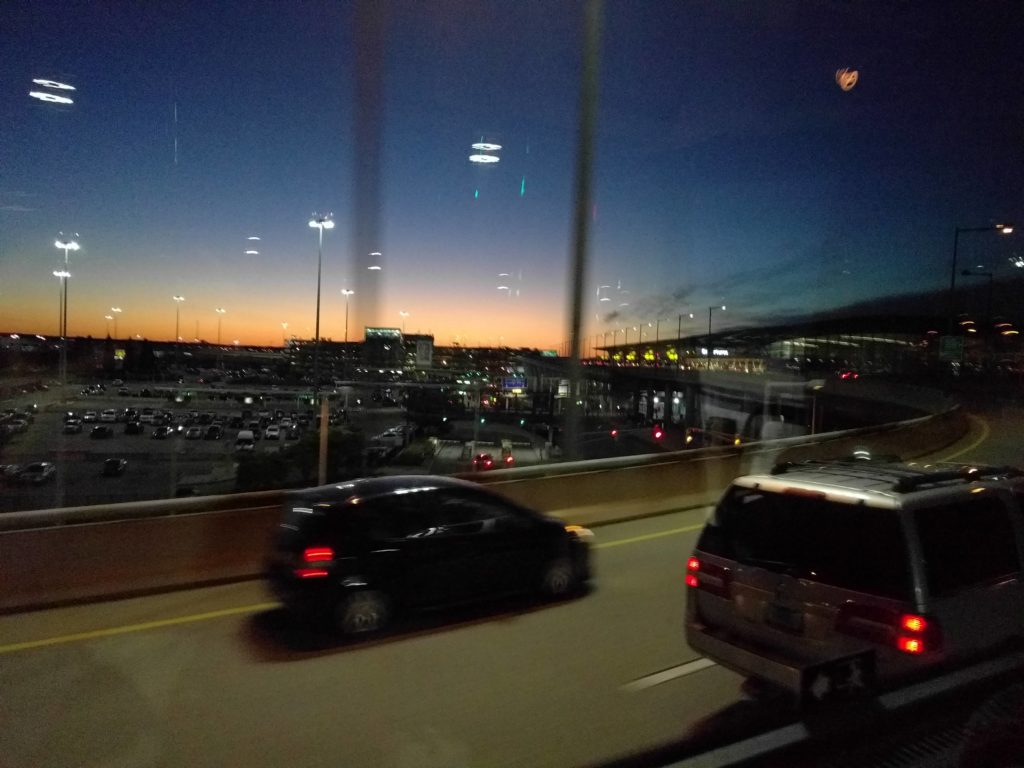 Cruising into JFK by the dawn’s early light. Swinging around NYC corners in a charter bus would have been more nerve-wracking if we’d had any company on the road

We made quite a spectacle in the airport terminal with over 3000 pounds of luggage between 53 people. To accommodate our numbers at the baggage check, they added another aisle of dividing tape.

Check-in didn’t begin until 7:30 am, and we clambered off the buses just after 5 am, however.  To while away the hours, trainees broke out the whimsies we bragged about packing during yesterday’s icebreaker. 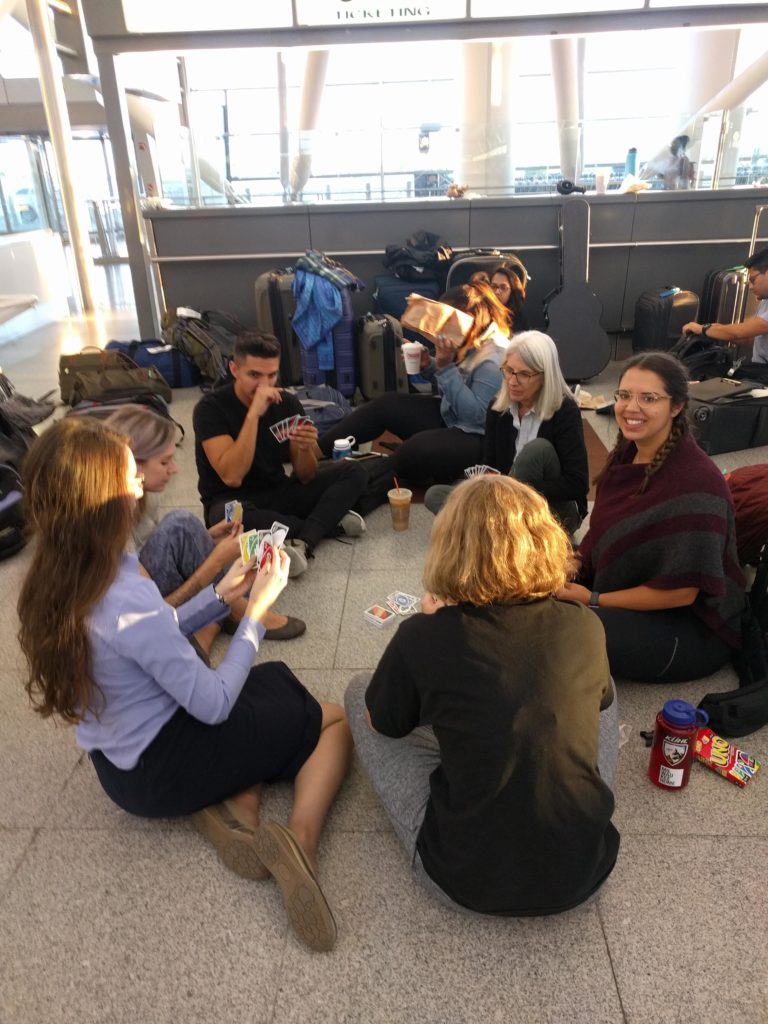 Lexi and Judy taught us “Spicy Uno,” a twist on the classic game that’s littered with rules designed to summon groans of disbelief from the victim and smug sniggering from his opponents.  The game play is so chaotic, our best efforts to prevent each other from playing our last cards often led to exactly the opposite. 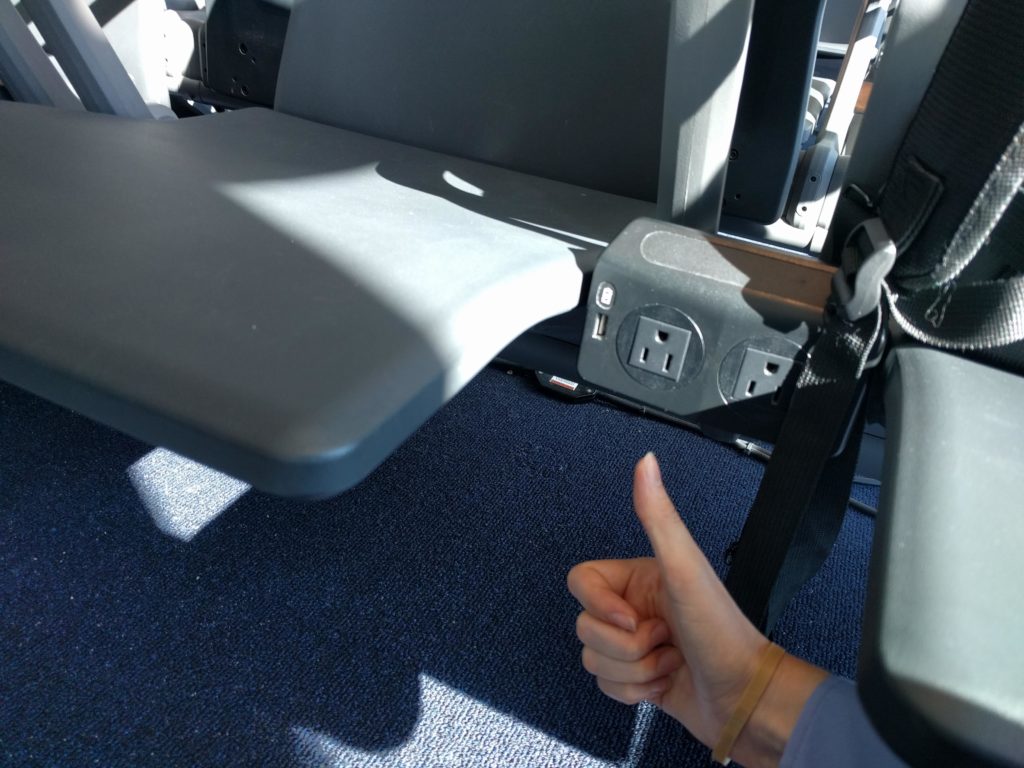 Every time I re-visit an airport, the tech updates impress me anew. This time around, JFK sports free WiFi and power strips embedded in the seats. Say good-bye to wall-hugging!

Now we are sprawled at the gate, staring down a fifteen hour, nonstop flight.  Trainees were swapping hard drives and stocking up on movies during the check-in line.  Maybe I’ll make some progress on Moby Dick — or reset my clock by sleeping according to South African time?  We’re due to arrive at 8am on Sunday.

Once we do, there’s no guarantee of internet connections, so it might be a while before I write again.  I close with a prayer for safe travels, from the 1945 Book of Common Prayer:

O eternal God, who alone spreadest out the heavens, and rulest the raging of the sea; We commend to thy almighty protection, thy servant, for whose preservation on the great deep our prayers are desired… Conduct him in safety to the haven where he would be, with a grateful sense of thy mercies; through Jesus Christ our Lord. Amen.