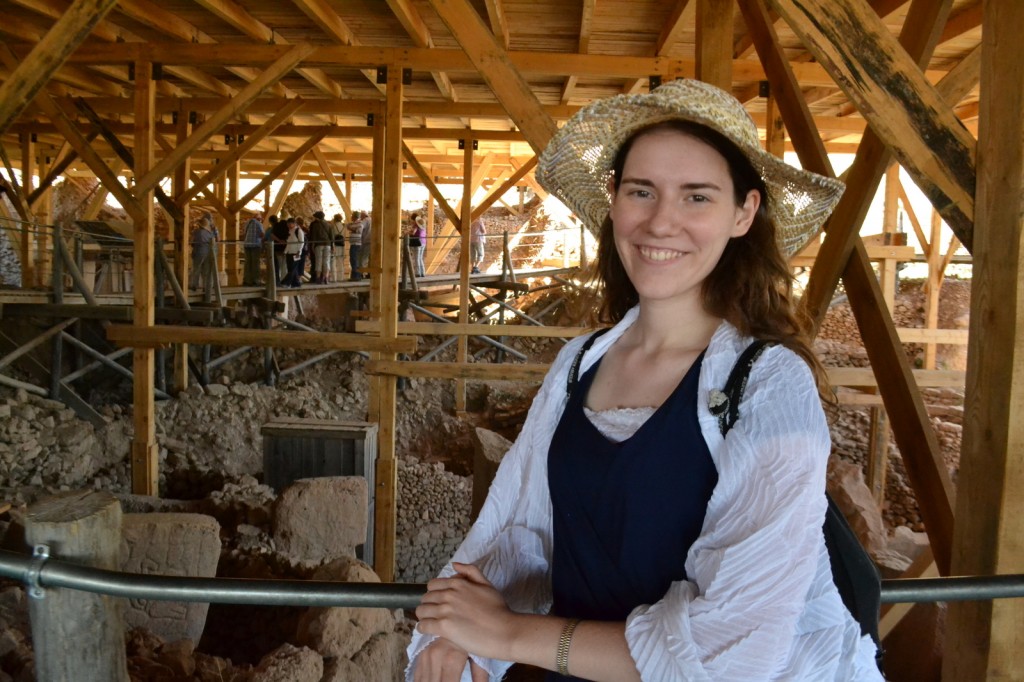 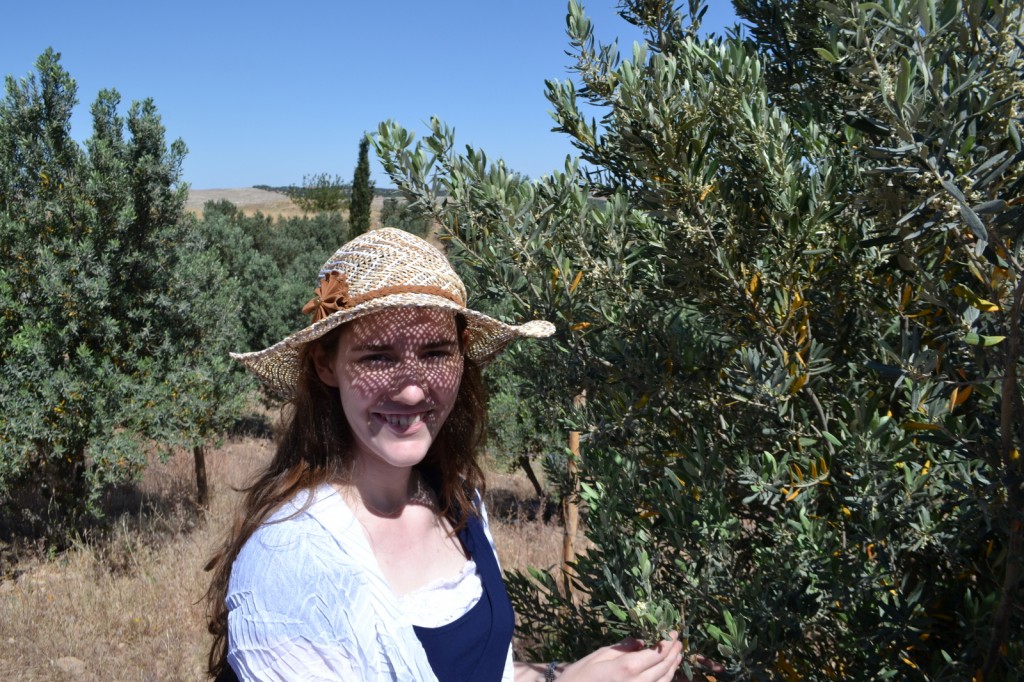 An olive tree! Dr. G claims that those with no taste for olives need only eat six in a row to develop one. 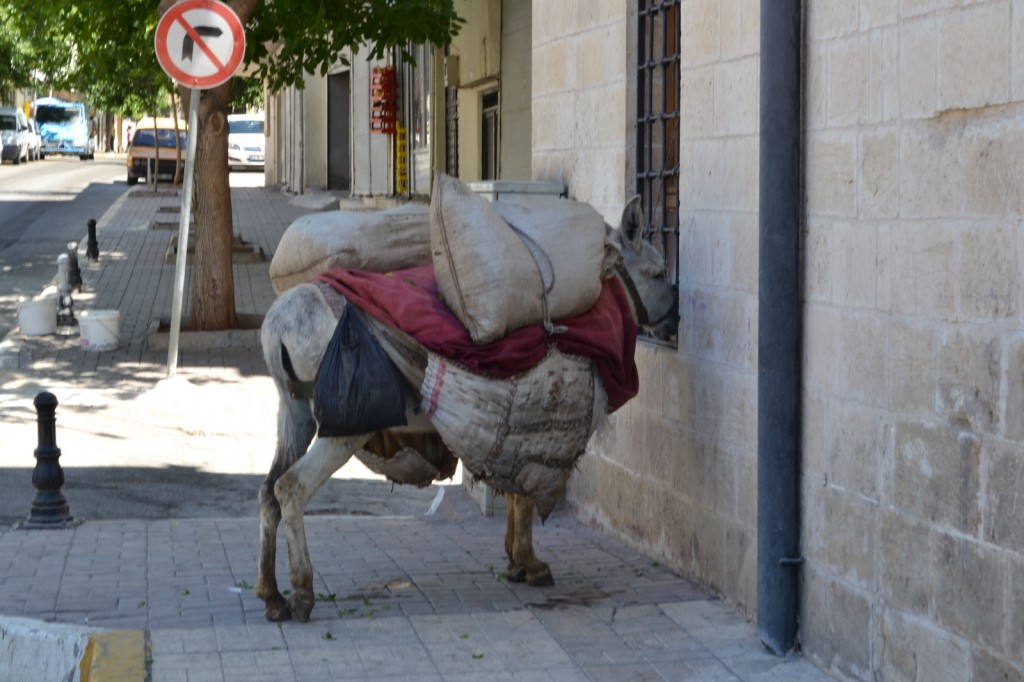 We encountered this donkey outside the mosque I described in an earlier post. Beasts of burden, indeed 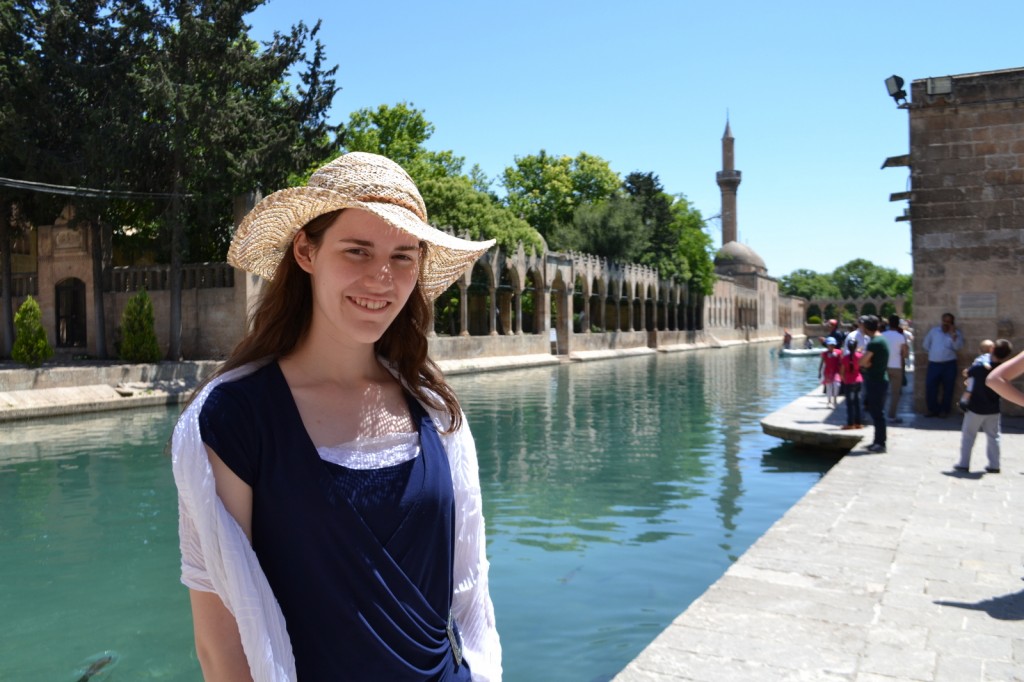 Local legend swears this stream sprung forth miraculously to save Abraham from a fatal fall. When he angered his neighbors by decrying their idols, they attempted to cast him off a cliff into flames, but water received him instead 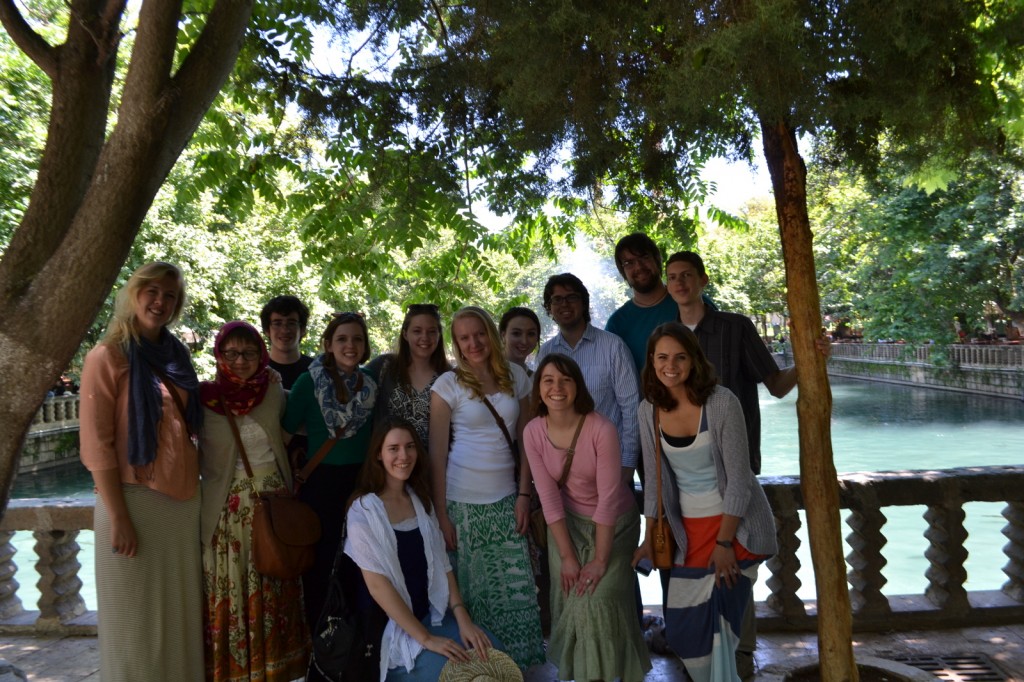 The waters provide a natural oasis in the summer. Locals call the fish “prophets” and forbid anyone to hunt them 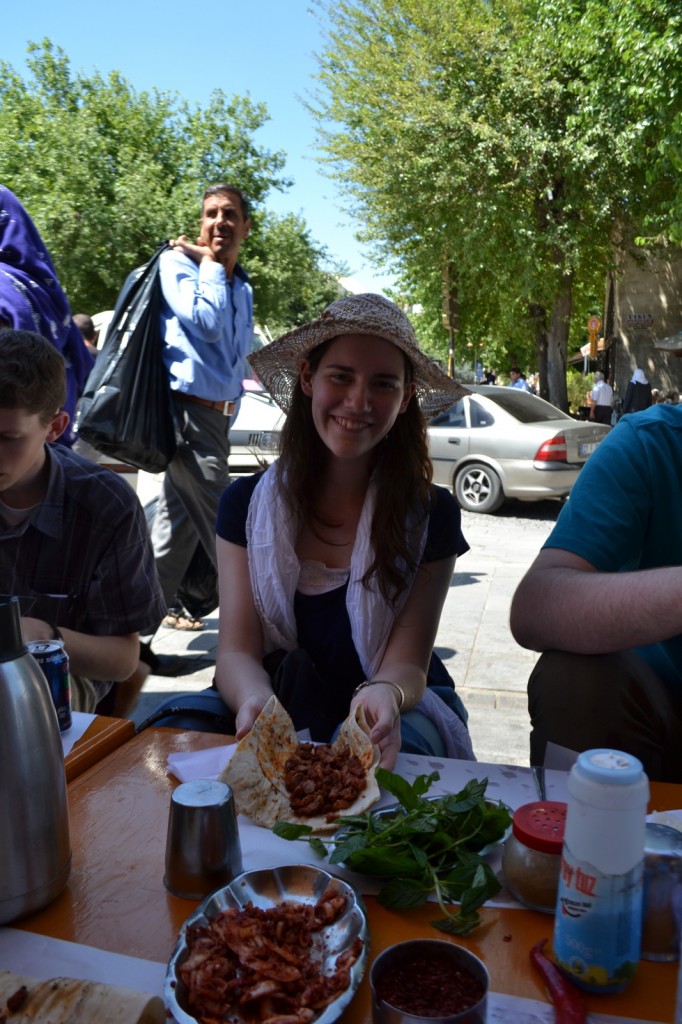 We ate spicy kabobs, seated astride on wooden stools, with our backs to the riotous street 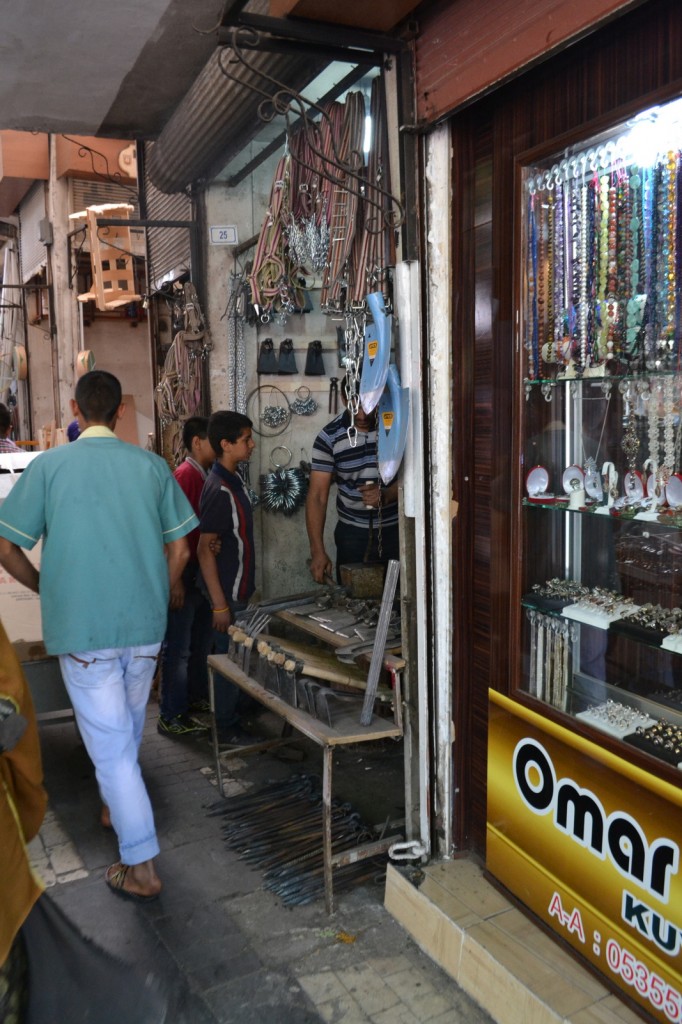 Urfa’s Grand Bazaar housed every type of good imaginable–including the wares of a blacksmith! 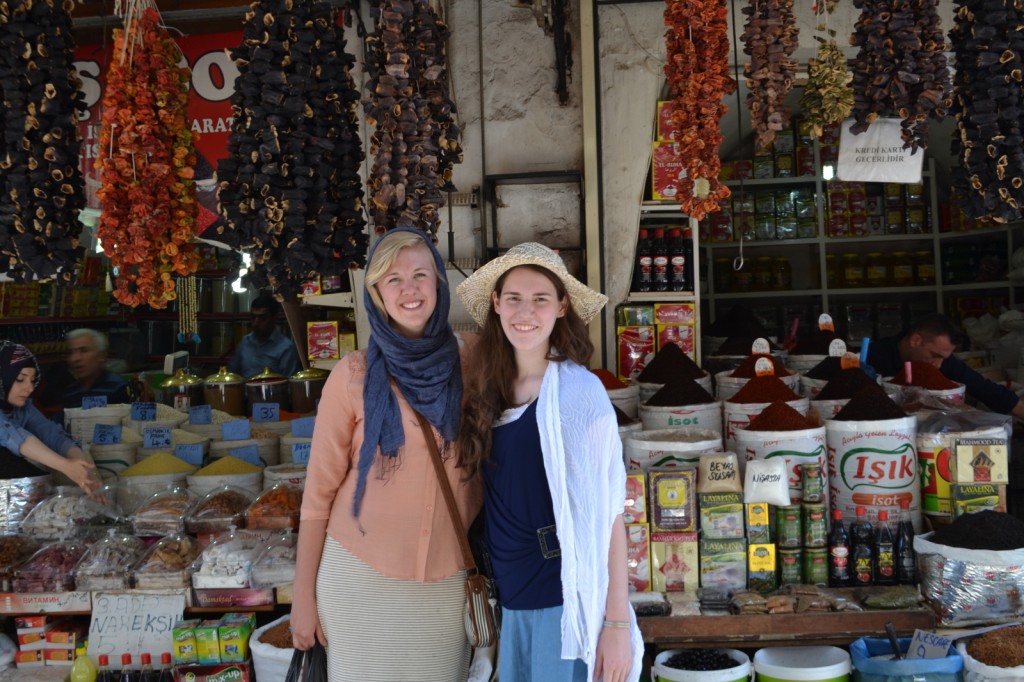 I haggled so fiercely for my purchases, I almost forgot I was paying half the price in dollars 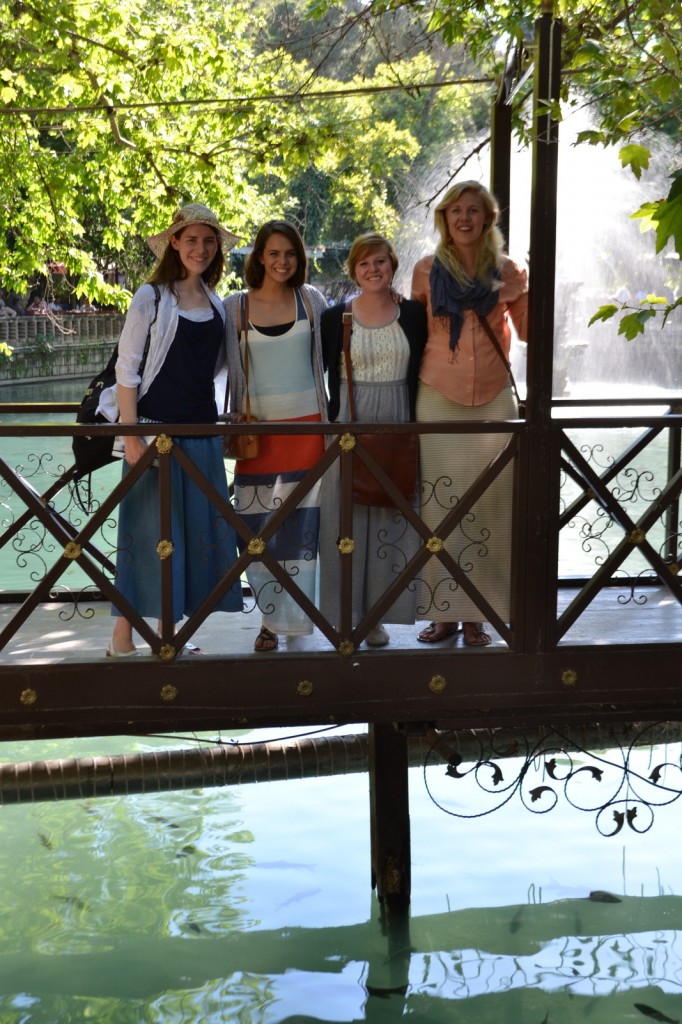 After two hours of shopping, we returned to the oasis restaurant for tea 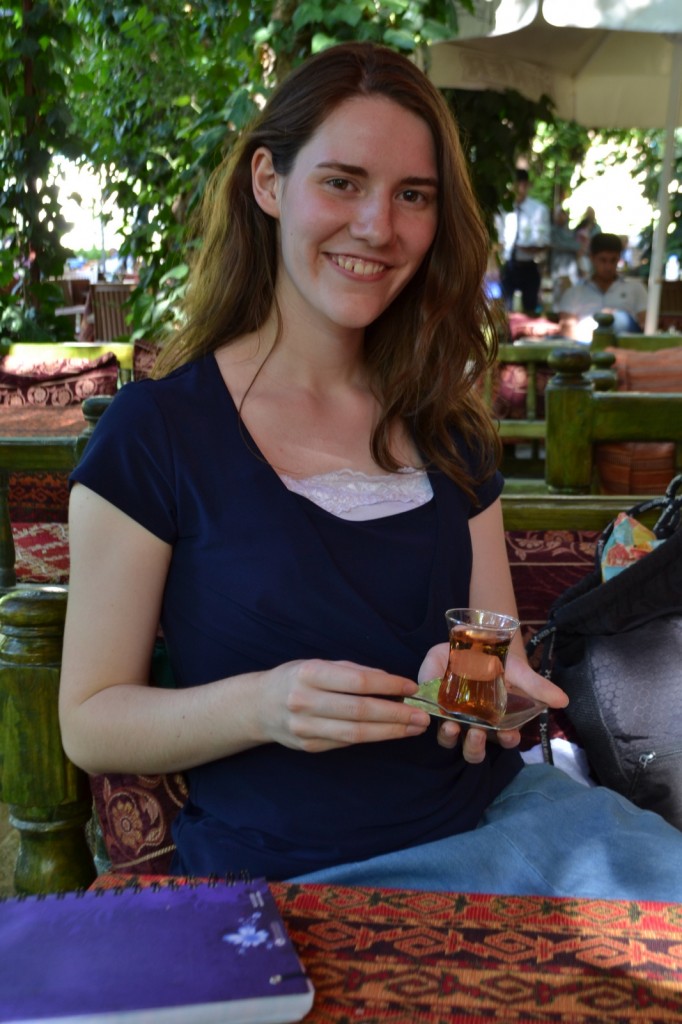 I opted for the Turks’ apple tea, which one of my companions has dismissed as “glorified cider” — but then, to borrow a phrase from another companion, doesn’t glorified mean better?