To the Haven Where We Would Be: Swearing-In Ceremony in Durban

The road was long, but the destination was worth it.

That’s the best way to sum up our training to become Peace Corps Volunteers, and the very same phrase applies to our week in Durban.

Durban: the beach-side city where we would take our oaths to uphold the U.S. Constitution and swear in as the 38th class of South Africa’s Peace Corps Volunteers. We had been anticipating this day since we arrived in South Africa, some of my fellow volunteers for years before that–but first we had to get there.

On Monday morning, my host family relinquished their beds for a farewell lit by rosy dawn, and then it was off to load up more bags, cram ourselves into taxis, and settle in for a ten hour haul. 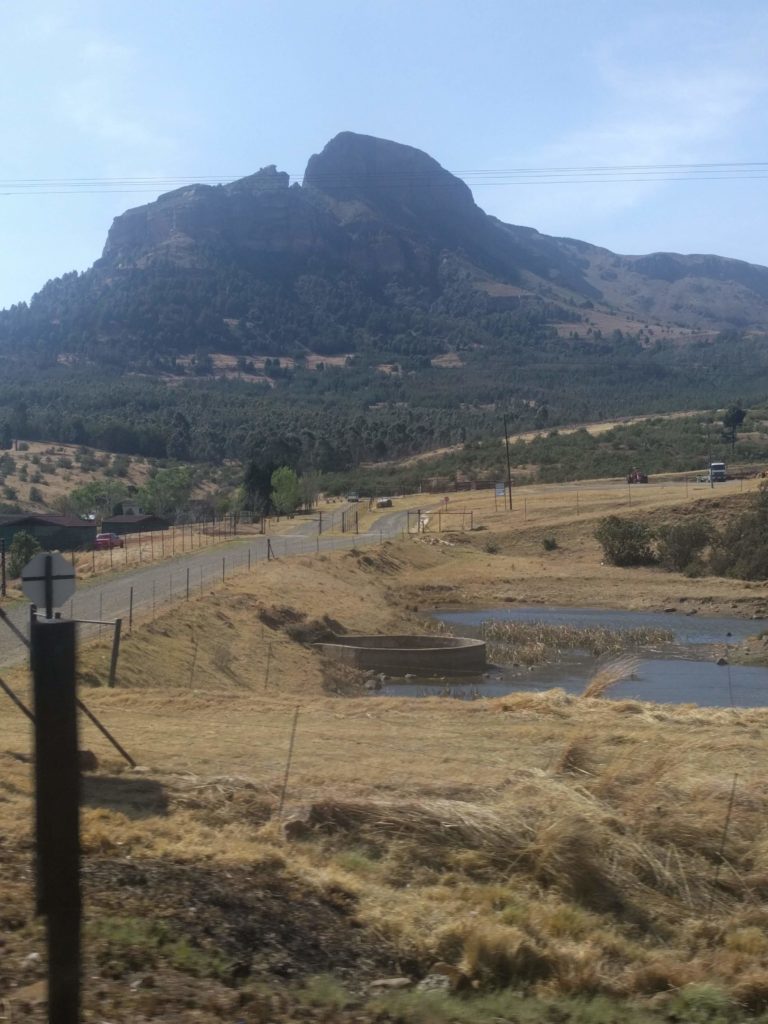 The arid plains of Mpumalanga, the province where we first made South Africa’s acquaintance, gave way to green mountains as we approached the eastern coast.

Shifting our bags from the taxis to our individual hotel rooms cost a Herculean effort. With laden carts clogging the elevators, some of us resorted to lugging the lighter bags up and down eight flights of stairs to reception. Besides two checked bags, a boxed water filter, and bagged mosquito nets, most of us were shuttling a collection of duffel bags and carry-on’s… like a massive jigsaw puzzle.

With luggage littering the reception area, it wasn’t immediately apparent what a treat the KZN Department of Education had bestowed on us in inviting us to stay at this resort for the week–but then we met the buffet.

An early breakfast with our PC Volunteer Leader, Kolbi! She extended for a third year to show us the ropes

For a seafood lover like myself, a buffet with grilled calamari and prawns to order, at a twenty minute walk from the nearest beach, is heaven. A cheeseboard and chicken liver for breakfast surprised my stomach, but I wasn’t one to scruple. It was a dizzying contrast to “living under conditions of hardship,” as the Peace Corps mission would soon direct us.

The Lord gave us a spectacular sunny morning for our stroll to the beach. Straying off-course early on, we hailed a gate guard for directions–remembering in the nick of time to address him in Zulu. His tolerance for our touristy attempts at his native tongue transformed into delighted surprise when I doggedly maintained the conversation. “You speak Zulu?” he wondered, a question that would soon become a refrain the deeper we traveled into KZN, the province also known as “Zulu Land” and “the Zulu Kingdom.”

When we corrected course and covered the last leg of our adventure, we found a magnificent shoreline. Slipping off my flip-flops, I wandered through the tide with my friends, swapping travel stories and admiring the waves. 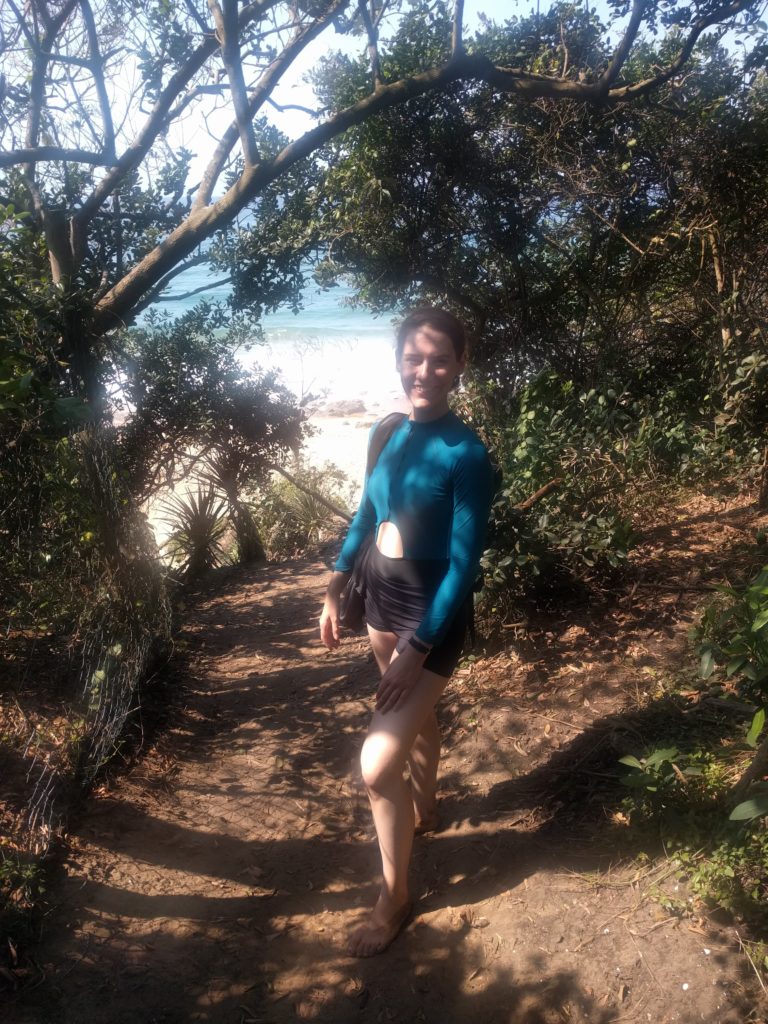 After a long morning to ourselves — the first genuine vacation since we arrived! — we scurried to our rooms to freshen up for meeting our principals and signing our Peace Corps pledges.

signing the pledge with Judy, a two-time Volunteer and veteran globetrotter!

one final photo with our intrepid language group!

posing with Sydney, my roommate in Durban, fellow MBTI-fan, and dear sister in Christ

We could not have found a more perfect keynote speaker: Mr. Salazar, now a diplomat at the US embassy in Durban, first arrived in South Africa as a Peace Corps Volunteer in the 90s. He hails from “SA2” – i.e., the second class of Volunteers ever to serve in South Africa, and he passed the Foreign Service exam by testing in Zulu – the first applicant ever to attempt it.

Along with hilarious anecdotes of his journey to join the Peace Corps, Mr. Salazar urged us to devote ourselves to language learning. “Read the newspapers… watch the soap operas… pretend you don’t speak English! Do whatever you can to immerse yourselves.”

“You’ll cry when you take the pledge,” someone warned us, and their prediction proved true. As our Country Director declared us official Volunteers, a cheer burst from our ranks. We were laughing, crying, and clapping, as we paraded down the aisle to receive our Peace Corps pins: the flags of South Africa and the United States crossed over the Peace Corps dove.

Then someone sang the first line of “Shosholoza,” an old mining song we learned together during training, and our voices rose in a spontaneous rendition. As the chorus commands, we roared together, “Go forward, South Africa!” 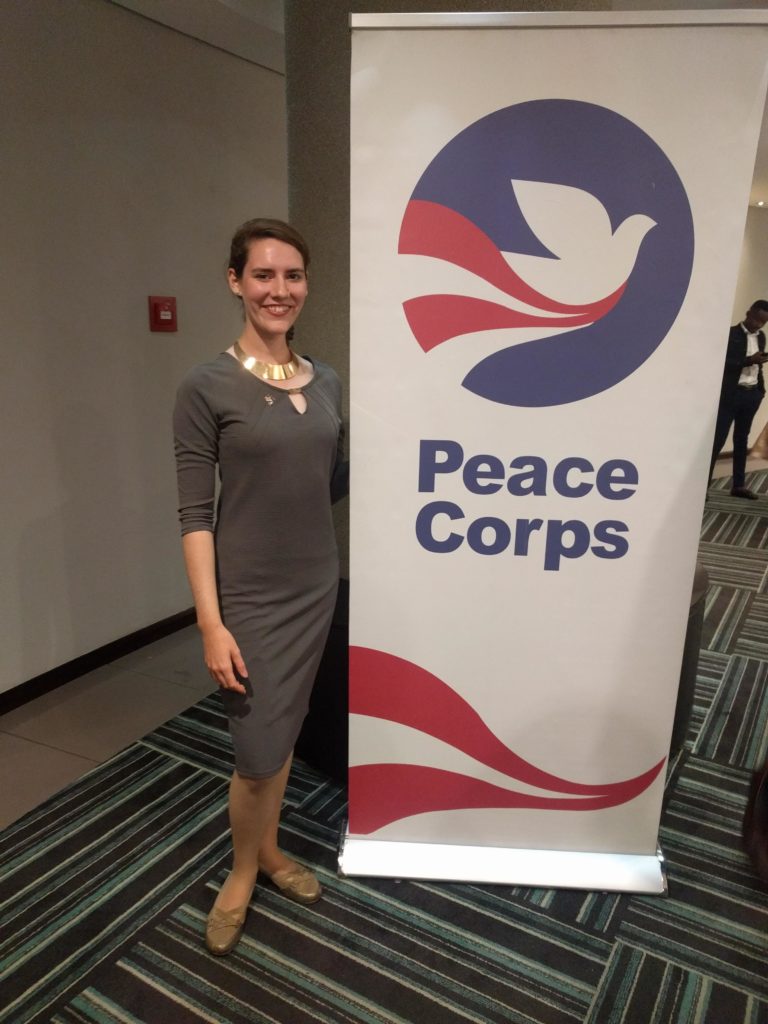